“The secret of happiness is to admire without desiring.” – Carl Sandburg

This is not an essay on the poetry of Carl Sandburg but acts as a reminder of one of the most influential poets of the last century whose work continues to inspire many in this century. One need only read Chicago Poems by Sandburg to begin to get an understanding of his influence, (http://poetry.eserver.org/chicago-poems.txt).

Additional work can be found on line at Black Cat Poem at this link: http://www.blackcatpoems.com/s/carl_sandburg.html . Harry Golden said of Sandburg, “Trying to write briefly about Carl Sandburg is like trying to picture the Grand Canyon in one black and white snapshot.” 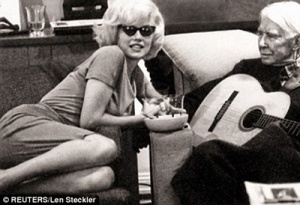 The Poetry Foundation offers an overview at this link: http://www.poetryfoundation.org/bio/carl-sandburg .

Although there has been some debate, Sandburg is the direct link to Whitman bridging the 19th and 20th centuries in poetry. A writer, historian, poet and pop icon of his time Sandburg’s poetry stands the test of time.  He wrote during a time of changing influences and remained true to the only thing a poet can be true to, himself.