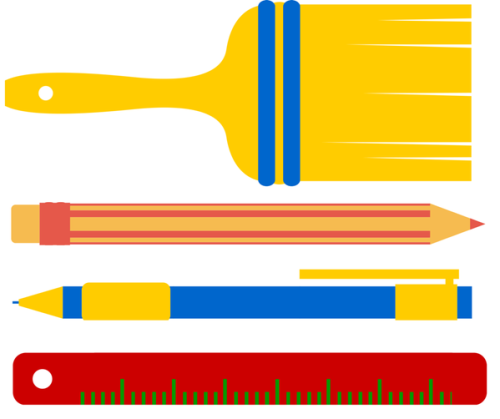 Each spring, a nation-wide high school arts competition is sponsored by the Members of the U.S. House of Representatives. The Artistic Discovery Contest is an opportunity to recognize and encourage the artistic talent in the nation, as well as in our Congressional District. Read more here: https://boyle.house.gov/services/art-competition

Congressman Boyle has a page on his website for entering the contest. Click the link or 13th District HS students can call or email 215-517-6572 Anthony.luker@mail.house.gov Students in other areas can contact their Congressman.

Posted in arts in philadelphia

On September 23rd we sent some questions to Pennsylvania 13th Congressional District candidates Democrat Brendan Boyle and Republican Dee Adcock concerning the arts. A brief biography on Brendan Boyle appears before the questions. The answers are direct from the candidate and have not been edited. Dee Adcock failed to respond our request. We hope you find this information useful and remember to vote in Novembers election. 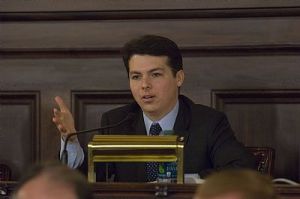 Born and raised in a Philadelphia rowhome, Brendan Boyle worked hard to achieve the American Dream.  Brendan learned the value of hard work from his father, a SEPTA maintenance custodian who emigrated from Ireland at the age of 19, and his mother, a school crossing guard. Brendan was the first in his family to attend college and received a scholarship to attend the University of Notre Dame. While at Notre Dame, Brendan worked as a sportscaster announcing both Notre Dame football and basketball games on 640 WVFI-AM. Brendan would later earn his Master’s Degree in public policy from the Harvard University John F. Kennedy School of Government. He is married to Jennifer, a Montgomery County public school teacher, who just gave birth to their daughter Abigail.

Brendan was elected to the PA State Legislature in 2008 and became the first Democrat ever elected to his legislative district. Since being sworn into office in 2009, Brendan has built an impressive legislative record in education, health care, government reform, and economic development. Brendan has never forgotten who he is or where he comes from. He has been a strong advocate for the middle class and is very proud of his 100% pro-labor voting record. Brendan has also been an instrumental voice in Harrisburg for education reform, criminal justice reform, and protecting victims of domestic violence. http://voteboyle.com/

FCR: Montgomery County is home to a number of arts centers and Northeast Philadelphia which is host to independent arts/theater/dance and poetry. What is your view of the impact of the arts in the community?

BB: I believe that a thriving art community is vital to the continued reputation of the Philadelphia region as one the richest cultural centers in the country. Our museums, our musical scene and our theaters have tremendous value that can’t be counted in dollars, but are also a boon for our regional economy, which is heavily based on tourism. The arts are therefore a vital part of the fabric of every community in our region and bring in valuable tax revenue that benefits our schools, our infrastructure and our overall quality of life.

FCR: Do you support continued funding for the arts through the National Endowment for the Arts?

BB: Yes. I strong support robust funding for the arts through local, state and federal agencies.

FCR: Who are your favorite poets and why?

FCR: What type of literature do you enjoy reading?

BB: I am an avid reader historical nonfiction books and literature detailing the history of American politics.

FCR: Do you have a preference in art?

BB: I enjoy much of the art that is intertwined with American history, work by artists such as John Trumbull and Gilbert Stuart.

FCR: What museums have you visited and which are your favorites?

BB: I have always been a great admirer of the Philadelphia Museum of Art, but also enjoy the new Barnes Museum on the Ben Franklin Parkway. Within our congressional district, I have always had a very close relationship with the Abington Art Center and have actually staged local events there, so their collection is also one I enjoy and have seen a great deal of.

FCR: As a Congressman how would you promote the arts?

BB: I believe the most important way to promote the arts is through our youth beginning at an early age. I would support greater funding through federal grants to go to states for programs promoting the arts in our schools. It has been shown time and again that involvement in the arts not only helps academic performance, but reduces disciplinary problems and incidents of drug use amongst older students. We need to view the arts as not only a way to educate students, but as a way to promote positive life choices in our children.