It is National Poetry Month and cause to remember Justin Vitiello, Poet and Professor Emeritus of Italian at Temple University who was an intricate part of the poetry scene in the City of Philadelphia. He passed away on October 17, 2013.

Vitiello traveled the globe, published over twenty works of poetry and essays in English, Spanish and Italian. A peace activist, Vitiello was active in the Civil Rights movement and Anti-War movements during the Vietnam era, protested the proliferation of nuclear weapons during the cold war, boldly stood as a non-violent reformer to the Mafia in Sicily and conducted research for the Ghandi Peace Foundation in India. 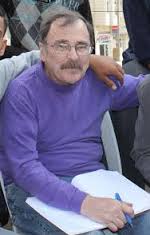 In the midst of this whirlwind of activity in 2006 Vitiello began to  curate the long running Moonstone Poetry Series at Robins Bookstore in Philadelphia giving full credit as always to the Robin family and Herschell Baron.

He provided a stage for new and established poets, mentored hundreds of poets and provided beautiful works for others to read. A citizen of the globe, born in NYC, Vitiello remained happily in Philadelphia, although all and all he would have rather been in Spain.

He once said, “Well Shelley said poets are the unacknowledged legislators of the world. But I’m not so optimistic. Many poets die unappreciated.” Vitiello was influenced early in life by Lorca, Antonio Machado, Ungaretti, (all of whom he had translated), and Dylan Thomas, yet as he developed his craft his own voice began to emerge.

He said of all his collections, translations his favorites were poppies and thistles and Vanzetti’s Fish Cart. Vitiello was proud of the fact that all his collections  and all his poems were unique, for Justin Vitiello never repeated himself, considering them all  his “babies”.

Poet and publisher Lamont B. Steptoe was a friend of Justin Vitiello. He published poppies and thistles (1963-2004), by Vitiello under his Whirlwind Press. Steptoe said of Justin Vitiello, “He was a friend and activist who believed in truth & beauty. His was an important creative voice in the latter half of the 20th Century and the first decade of the 21st Century. ” Steptoe often addressed Vitiello’s creative writing classes at Temple University and remembered Vitiello as an anarchist who distrusted all governments.

Poet ant Translator Dr. Elizabeth A. Pallitto remembered Justin Vitiello as a great teacher, mentor and writer.  “Certainly Justin leaves us much-loved and much-missed. To a chorus of voices — friends, fellow poets and translators, writer-activists, and fellow workers — I add my appreciation for Justin Vitiello as a writer, colleague and a tireless worker for a better world.”

Pallitto first met Vitiello at a MLA conference. “He responded to my conference paper with generous and encouraging written comments. Similarly, his feedback on the translations in my first book, Sweet Fire: Tullia d’Aragona’s Poetry of Dialogue and Selected Prose, was invaluable. It was my privilege to give feedback on his poetry collection Poppies and Thistles and to read his many works, notably the lyrical and yet politically engaged Labyrinths and Volcanoes: Windings through Sicily.”

Justin Vitiello influenced poets in the Philadelphia area, North America and across the globe. Vitiello, in the end, was appreciated by all those he came into contact with.

At The Fox Chase Review: http://www.foxchasereview.org/fcr/08AW/05-JustinVitiello.html

The Poetry of Michele Belluomini in The Fox Chase Review

The Poetry of Louis McKee in The Fox Chase Review

The Fox Chase Reading Series is pleased to present the first installment of Poets @ Pennypack on April 12, 2014: 1 pm to 3:30 pm – Amphitheater/Camp Fire area at the Pennypack Environmental Center, 8600-A Verree Rd, Philadlephia, Pa. 7 featured poets will be followed by an open reading. For more information please visit : https://foxchasereview.wordpress.com/2014/03/06/poets-pennpack-april-12th-1pm/

Poet in Residence Diane Sahms-Guarnieri reading the poem, A Quick Sketch of Robert W. Ryerss, at the celebration of his 183rd Birthday.

A large crowd turned out to celebrate the 183rd Birthday of Robert W. Ryerss at the Museum and Library yesterday.

Mr. and Mrs. Ryerss time traveled from the past to the delight of all in attendance. Poet in Residence Diane Sahms-Guarnieri read the poem, A Quick Sketch of Robert W. Ryerss, in honor of the celebration of his 183rd Birthday.

Sahms-Guarnieri and Reutter in Elkins Park and Baltimore 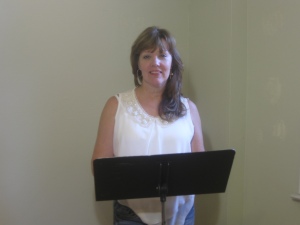 Followed by an open mic

Diane Sahms Guarnieri is a Philadelphia Poet and Poetry Editor of The Fox Chase Review and co-curates The Fox Chase Reading Series. Her first collection Images of Being was released in October of 2011. She was awarded a grant in poetry from the AEV Foundation in May of 2013 and currently serves as Poet in Residence at Ryerss Museum and Library in Philadelphia. . Diane’s poetry has been published widely in the small and electronic press. You can visit her at http://dianesahmsguarnieri.wordpress.com/  and http://www.dianesahms-guarnieri.com/ On Youtube:  http://www.youtube.com/watch?v=x9oJuy6i2gw

g emil reutter lives and writes in the Fox Chase neighborhood of Philadelphia where he founded The Fox Chase Review and The Fox Chase Reading Series.  Eight collections of his poetry and prose have been published by Stonegarden.net, Blazevox Books and Persistenica Press. Most recently Carvings in November 2010. You can visit him at   http://gereutter.wordpress.com/  On Youtube: http://www.youtube.com/watch?v=LYeH7ihUbKQ 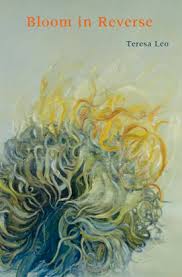 Paperback: 104 pages
Publisher: University of Pittsburgh Press; 1 edition (February 5, 2014)
Language: English
ISBN-10: 0822962977
ISBN-13: 978-0822962977
.
.
.
.
.
Review by: g emil reutter
.
Teresa Leo has always been a poet who never hides behind the curtain. Bloom in Reverse is a collection of poems presented in stark realism in both subject matter and words. There are none of the current clichés used by those language folks nor are there any tee hee moments or a need to figure out exactly what the poet said. Leo is one of a growing group of poets who can return poetry to the mainstream by presenting poems people often have experienced in their own lives. As much as it may pain some, truth be told, people want to read poems, if at all that reflect their lives, losses and loves. Leo accomplishes this in this outstanding collection of poems written by a poet with the heart of a story teller.
.
From – Elegy, Two Years Later
.
I will no longer think
of her last moments on earth-
her final thought
or what random thing her fingers
may have touched
the  residue of warmth
that radiated there, pulsed
an undercurrent that looped
back into the body, spun
thourgh the neutral net
past organs and bones,
traveled up the spine
.
so that the brain
would recognize touch
in its form as pen or chair,
an image that might have stayed
in her mind, lodged
the last image
.
It is in poems such as this that Leo reminds us of the importance of passion and substance. That in fact ideas and the motivations behind them lead to poetry with a heartbeat.
.
From – Home is a Four Letter Word
.
There are other ways to say it-
trap, cell, rope, hell,
the kind of place
where she’ll pull up daylilies
on a cold morning
wearing only a thin nightgown,
and after that with dirt
still odged beneath the fingernails,
she’ll tear down photos
like the pornographic ransom notes
they are, trace evidence
of the felon she once loved,
.
In Bloom in Reverse, Leo, brings us into her world of loss of a friend and at other times a lover. She chooses her words carefully and with great honesty.
.
Teresa Leo in The Fox Chase Review http://www.foxchasereview.org/10SU/TeresaLeo.html
.
You can check out the book here: http://www.amazon.com/Bloom-Reverse-Pitt-Poetry-Series/dp/0822962977
.

Sledding on the Hill and Poets in the Gallery

J. Erin Sweeney and Maryann L. Miller kicked off the 2014 season for The Fox Chase Reading Series at Ryerss Museum and Library. A fantastic featured reading was followed by an outstanding open mic with Diane Sahms-Guarnieri, Rodger Lowenthal, g emil reutter, Tom Mallocuk and Lester Mobley. Host Bruce Kramer did a wonderful job hosting the event. You can find photos at this link:  http://www.flickr.com/photos/12065560@N04/sets/72157629096910438/ 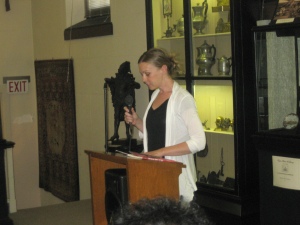 The Fox Chase Reading Series is pleased to present our Featured Poets/Writers Reading on January 26th with Poet/Writers Maryann L. Miller and J. Erin Sweeney at Ryerss Museum and Library, 7370 Central Avenue, Philadelphia, Pa. 19111. Bruce Kramer will host this event. The reading will begin @ 2pm in the second floor gallery of the museum. The features will be followed by an open reading

More information at this link: