I have watched the transformation of Stonegarden.net and the man Kris Stamp. Over the last decade he has graduated with a Masters in Business, started a family and began a career. Stonegarden.net grew as much as he did during this time progressing to print books via Print on Demand to offering Kindle and Nook versions of Stonegarden.net books.  Under his guidance Stonegarden.net has published over 200 titles of established and emerging authors/poets.  A young man grew into a family man and watched his dream become a success.

Authors received the news today and the official announcement will be made in September. Those of us who have raised a family know the demands of work and raising children consumes a great deal of time. And so on September 30, 2013 Stonegarden.net founded by a young man in Danville California will cease operations.  I applaud his decision to spend more time with family and on what he calls his “Day Job”.  Kris Stamp is a good man, dedicated to giving a platform to those of us who desired to be heard. Writers are a tough bunch and he handled them well as he published book after book in support of their craft.

We will miss Stonegarden.net as part of the small press and will deeply miss Kris Stamp’s support for our craft as well as a hundred other writers he has supported over the years.  We count him as a friend. And so Kris good luck in your future endeavors and when you retire and get the publishing bug again send me an email, I’ll be 100 by then but probably will have a manuscript stashed somewhere.

Stop by Stonegarden.net by visiting this link by September 30th, www.stonegarden.net , show a little love and pick up a few books.  And if so inclined you can find our work at stonegarden.net at G. Emil Reutter and Diane Sahms-Guarnieri

55% off the entire Stonegarden.net catalog until November 30th

Books From The Folks at FCR 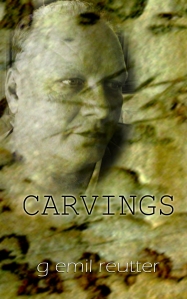