The Longest Pleasure by Vinita Agrawal 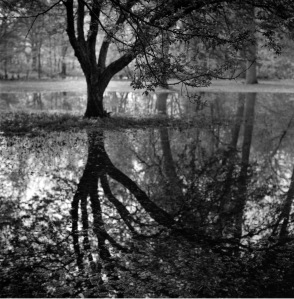 Vinita Agrawal is a poet of honest observation who is an imagist at heart. The poem, Wrought By The   Storm is about having tea with her father, the death of her mother is central as in this excerpt:.

The storm struck our prayer bell

Shook the Gods at the altar

Caused the fan to whir anti-clockwise

Jerked wildly in our pulse beats

Skewed our outer expressions of calm

She captures in stark images those left behind in economic prosperity and social reform in the poem, Pedder Road Flyover:

Here they lived – under the canopy of opulence

on a road named after Mr. W.G. Pedder,

a British Municipal Commissioner of 1879 Bombay.

Politicians changed the name to Dr. G. Deshmukh Marg after a social reformer.

waded around in stench, did death’s work,

stayed alive only because cholera was dead.

If you ventured out at the devil’s hour,

you’d have heard them groan into the darkness

as at last, traffic dimmed around three in the morning.

A few hours of oblivion must have felt good

with loyal street dogs curled up warmly by their sides.

In the poem, Jovan Musk and Tiananmen Square, Agrawal writes of being there during the uprising. Of

…The screams of raw blood flooding a public street

Unaware, that on its silver jubilee, I’d be reminded with deadly hurt

Of what it was like to live in oppressions long shadow

Azadirachta Indica is a poem about the shade of a Magosa. How they populate most courtyards in India of her walk with a doctor and the dangers of the Magosa and then:

Watch, he said, and picked up a golden yellow seed

popped it between his thumb and forefinger until oil oozed out.

He poured it on a worm down below, stunning it.

Later, I dipped my sins in it,

hoping it would cauterize tissues of guilt

sterilize thorny voices in my head

that accused me of being unclean.

From the poem, Time Lag

Despite loess caressing the roots

and the damp, earthy aroma of trees,

a brokenness clings to the winds;

fresh as a pistil that has just lost its flower.

Despite the wet tissues made of air and rain,

Vinita Agrawal is a well-traveled poet who takes in all that she observes. Her honest and passionate images cause a stirring of thought and a desire of action. She is an urban poet who writes of the stark realities of the world and of her own pulse beats and broken drift wood of the heart.

You can pre order the book here: https://finishinglinepress.com/product_info.php?cPath=4&products_id=2423

-g emil reutter lives and writes in the Fox Chase neighborhood of Philadelphia, Pa. You can find him here: https://gereutter.wordpress.com/about/